Leading up to the 2019 federal election, we hear two major messages from our members - stop the Conservatives from winning a majority, and help election candidates who would finally take bold action on climate chage.

First, the Leadnow community and our allied launched the Pacy for a Green New Deal, challening political parties to put forward bold ideas to tackle the climate crisis and inequality.

We secured commitments to fight for our principles oulined in the Pact from 228 candidates across party lines to put climate above politics and support bold climate policies that leave no one behind.

From these we selected eight candidates in key battleground ridings across the country with projected tight races to help elect them with on the ground doorknocking, leaflet drops and a massive phone campaign. Overall, we made over 185,000 phone calls and knocked on over 10,000 doors! 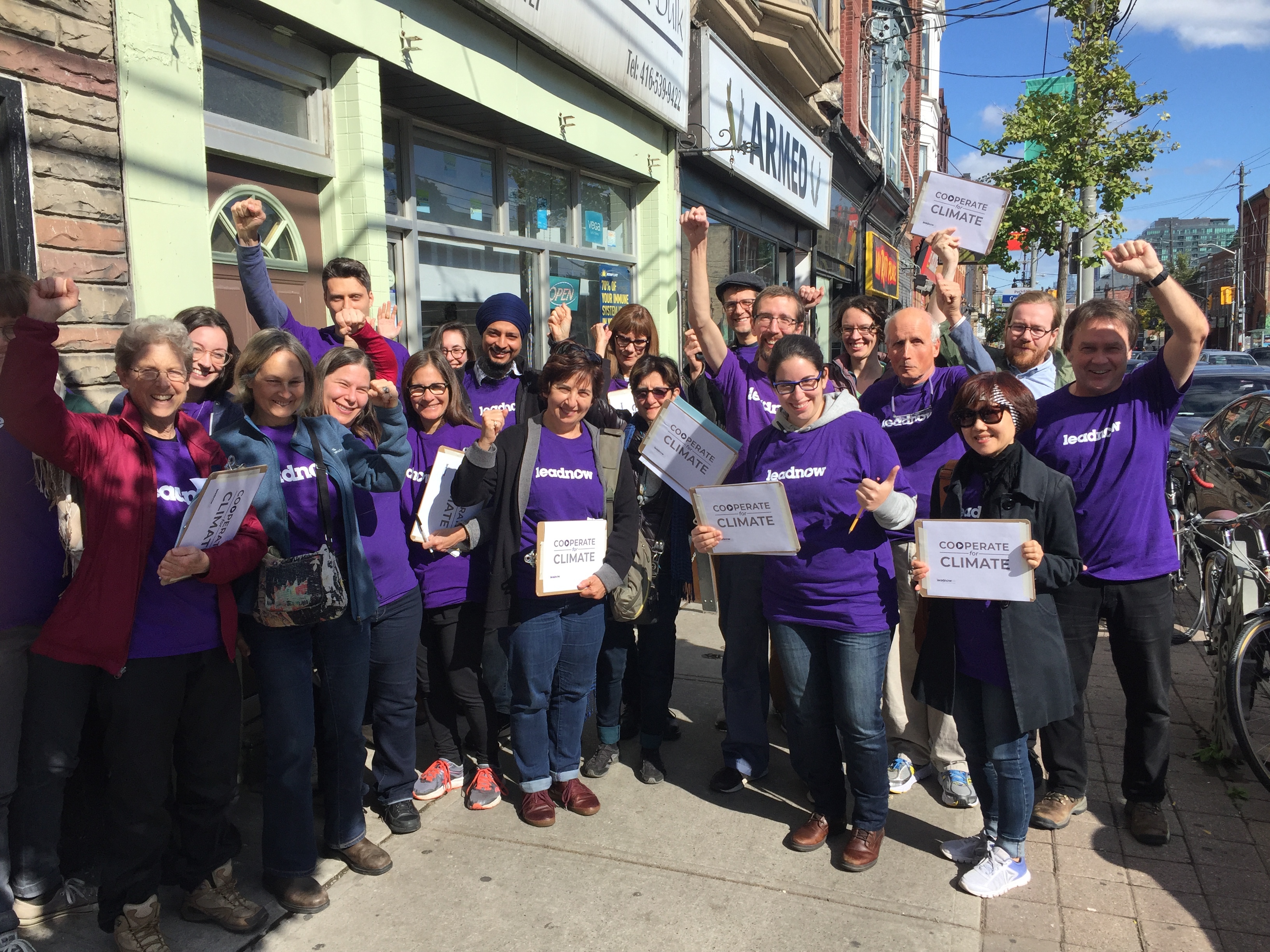 We crowdfunded for hard-hitting ads to push back against the Conservatives' propaganda and to ensure climate change was top of mind for voters. On election night, we were thrilled to watch as vie of the battleground champions were elected and the majority of Canadians voted for parties committed to bold climate actions.

The outcome showed clearly that parties or candidates that don't take the climate crisis seriously will have great difficulty winning elections in the future. Now, during this new parliament, we have been busy holding this minority government accountable to deliver on strong climate action for the climate majority.