In spite of the challenges brought by the second year of a global pandemic, with so many of us facing economic hardship and isolation from our communities, the Leadnow community has continued to come together to fight on so many fronts.

It’s been hard to keep up with it all! So I thought I’d send a quick note to share some of the highlights from an amazing first half of 2021.

Here’s a quick recap of what your Leadnow community has been up to in the last 6 months:

We launched a massive campaign to win a basic income for all
With inequality soaring, Leadnow members agree that everyone deserves to have enough to live a decent life. So tens of thousands of us jumped into action to convince MPs to make basic income a top priority at the Liberal and NDP conventions this past spring.

Together, the Leadnow community: We also worked to get basic income into the headlines - check out this op-ed on basic income, penned by our Campaigns Manager Claire!

Your pressure worked. The Liberal Party voted to prioritize basic income at their policy convention. We made huge progress — but it’s not over. This summer, we’ll be working to hold MPs accountable to their basic income commitment - stay tuned! 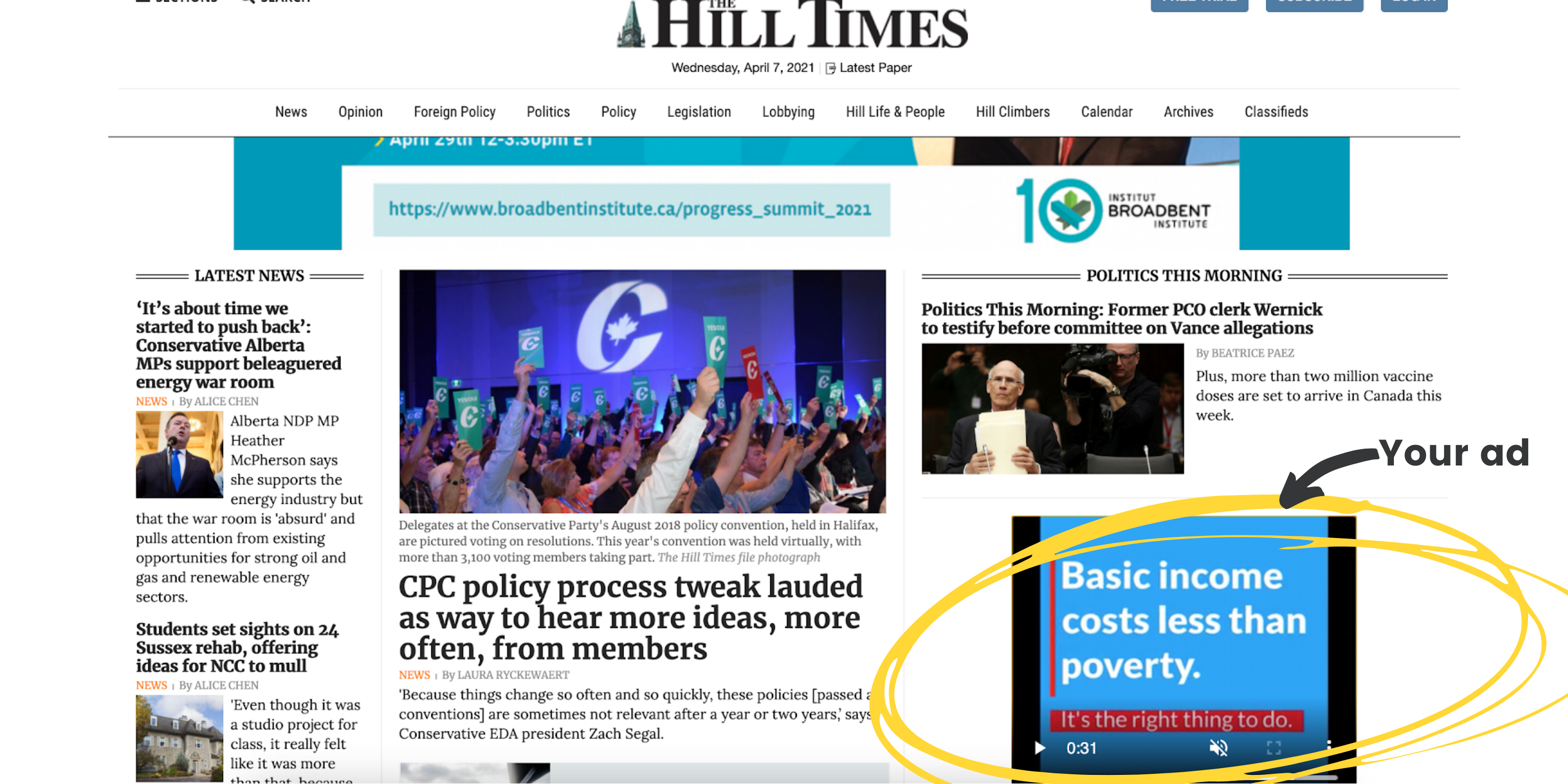 We continued the fight for ambitious climate justice
We campaigned to make the proposed Bill C-12 a world-class climate law.
On top of 25,852 petition signatures calling for critical changes to the bill, you sent over 6000 letters to key politicians calling on them to support key changes to C-12. We launched homepage takeover ads in crucial MPs’ ridings, submitted Leadnow members’ personal stories to the Environment Committee, and made hundreds of calls to MP offices.

Right now, Conservative MPs are trying to delay the bill into oblivion — so we’re mobilizing the Leadnow community to ramp up pressure on MPs until the bill passes.Live in a Conservative riding? Click here to email your MP now!  All other ridings: click here.

We launched a campaign to demand RBC walks the talk of real climate action.
The worst fossil bank in Canada, RBC, pumps billions into the fossil fuel industry while making empty promises on climate. It’s why the Leadnow community launched a massive campaign alongside allies at Banking on a Better Future, Stand.earth, North99, and Greenpeace, to expose RBC’s fossil fuel financing and bring shareholders, customers, and employees on our side. And we’ve been busy! Over the past few months: There’s a lot more fun in store for this summer as we continue to talk to RBC employees. Find out how to join the fun by clicking here. 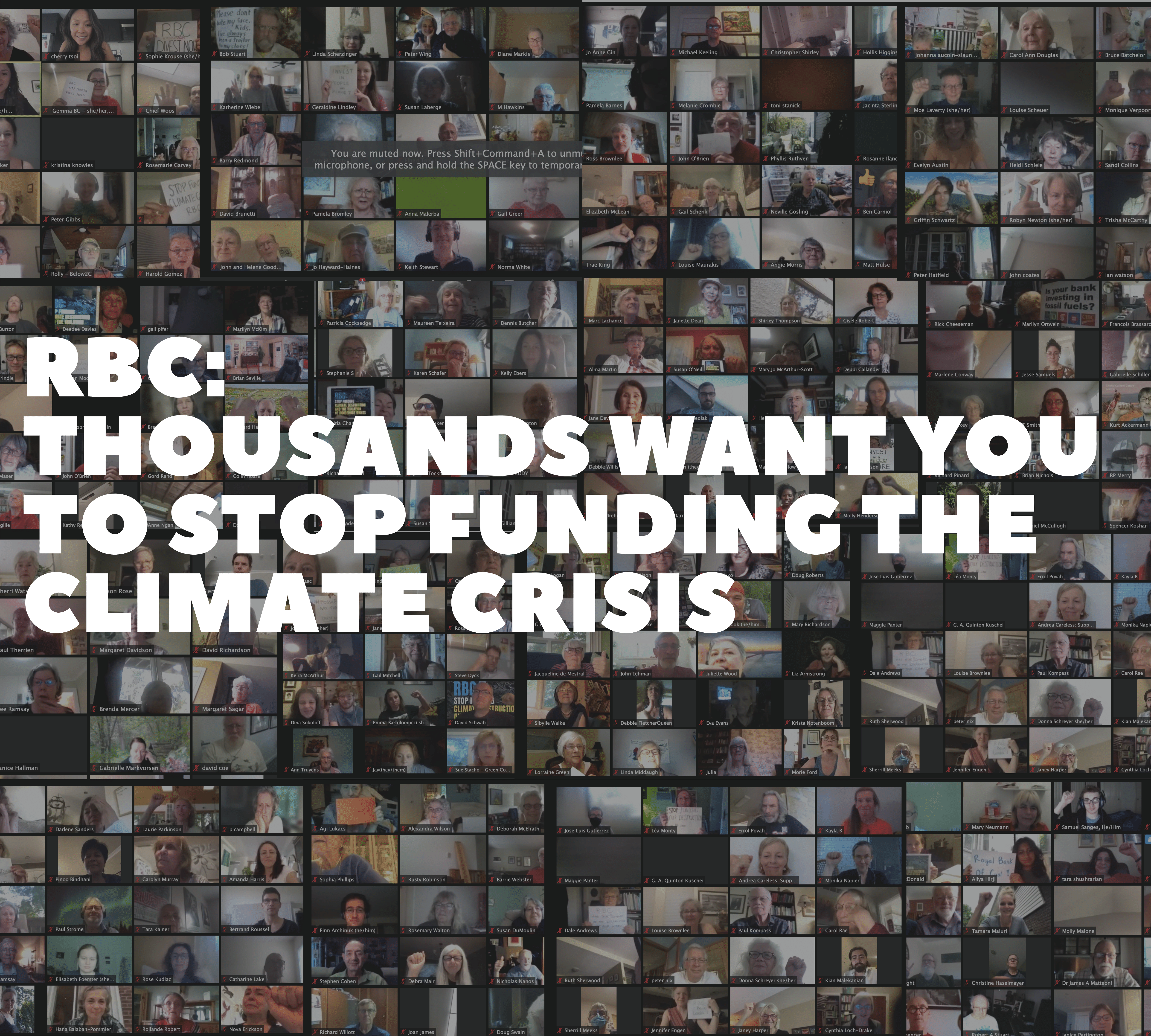 We’re working to protect our environment and defend nature
We’re standing with frontline allies to protect BC’s last remaining old-growth
When it became clear that Premier Horgan was dragging his feet on his campaign promise to protect at-risk old-growth, we leapt into action to support our frontline allies blocking loggers from cutting down BC’s last ancient trees. 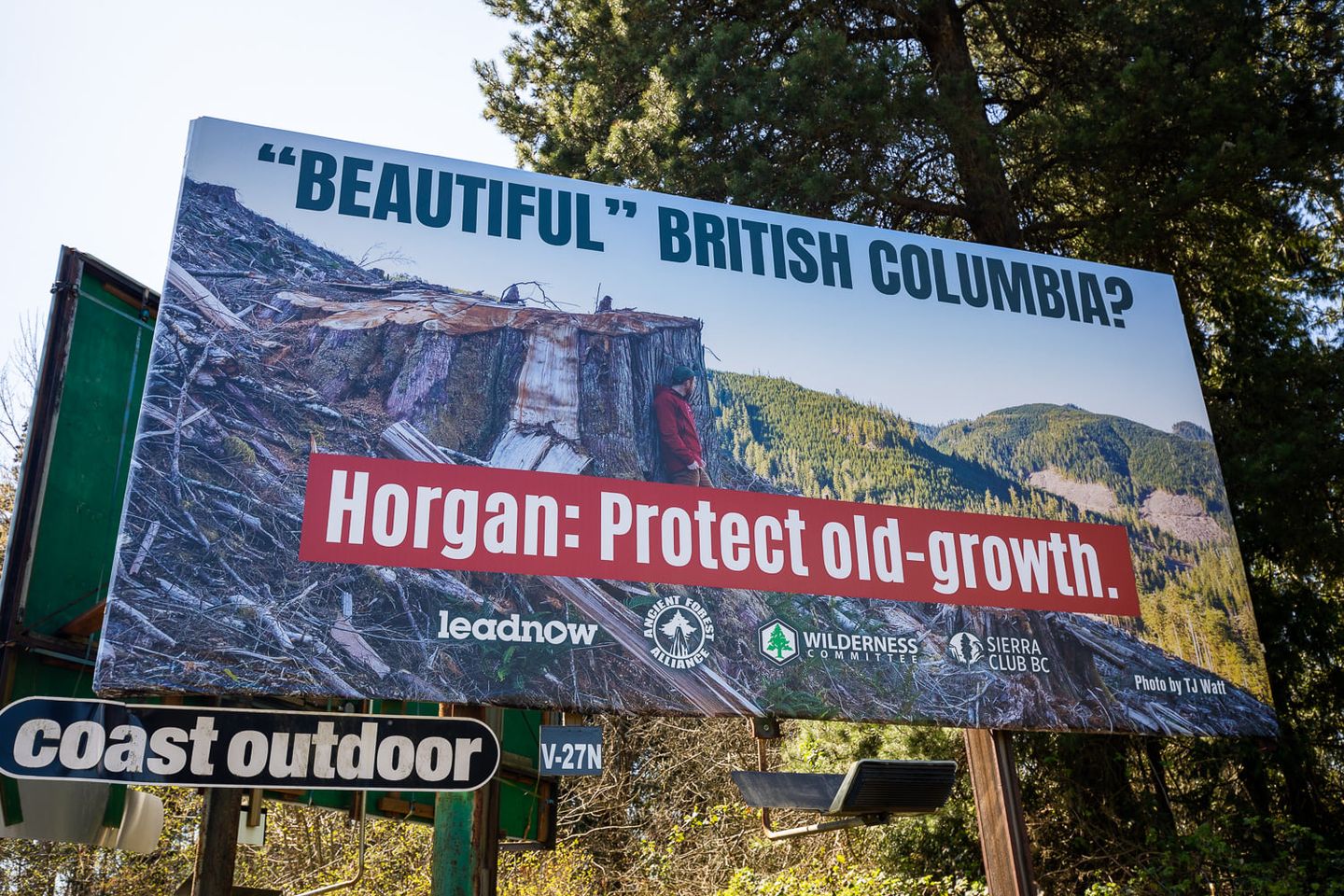 We’re blocking the Ford government’s attempt to ram through the destructive Highway 413
When we heard that Doug Ford was trying to ram through a mega-highway and pave over a critical section of Ontario's pristine Greenbelt, the Leadnow community jumped in to stop him.

25,852 Ontarians signed our petition calling for a halt to the project. The public outcry about the project - from us and alongside efforts from Environmental Defense - helped nudge the federal government to order an environmental assessment of the highway, effectively putting the brakes on the destructive project. Now, we’re crowdfunding a huge billboard to share the impacts of the highway far and wide — click here to chip in.

Demanding workers’ right to sick days in Ontario
Instead of providing workers proper paid sick leave, the Ford government prioritized profits and slashing services. It meant that in the middle of a pandemic, workers had to make the impossible choice between putting food on the table, or going to work sick.

So together, over 45,000 Leadnow members signed the petition calling for paid sick days. You flooded the inboxes of Premer Ford and key cabinet ministers with over 13,000 messages and you made 800 calls for fully paid, universal, adequate and accessible sick days. We even fundraised for powerful Facebook ads seen by over a million Ontarians.

It worked. Because of a year’s worth of advocacy from frontline advocates, medical professionals and thousands of Leadnow members like you, Doug Ford finally announced that his government would legislate three paid sick days. 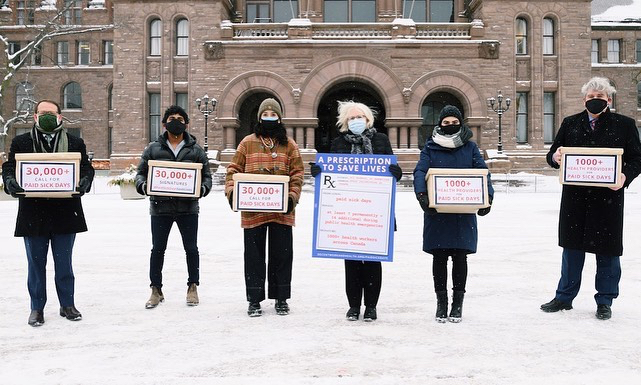 Whether we’re working to ensure everyone can afford all their basic needs to live a dignified life, or to stop the worst fossil fuel projects from destroying our climate, the key ingredient in all our campaigns is people-power.

Together, over 600,000 Leadnow members take action together from coast to coast. On our own it would be hard for any one of us to make a difference. But together, we’ve become one of the most powerful forces for positive change in Canada. Thanks for being a part of it.

We’re in this together,